Tomb Raider Comics Are Back! 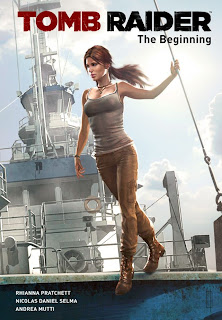 Crystal Dynamics and Dark Horse are joining forces to bring Lara Croft back to the world of comics! I so called this one out months ago when one of the pre-order items was a comic... Anyway, beside the point. This is awesome! The comic series will debut after March 5th, the release of the game.

The first installment of the series, "The Beginning," is a pre-order exclusive available through Best Buy in the US and serves as a prequel to the game. Digital editions are also available from ShopTo in the UK and other select sites. Check your local retailers.


“The bold new vision of the game demanded we bring an equally fresh approach to the comics,” said Dave Marshall, editor at Dark Horse. “We’re excited for Tomb Raider fans to experience a new side of Lara Croft as they accompany her on the earliest parts of her first adventure.”

Told through a 48-page, six-part hardcover omnibus, Tomb Raider: The Beginning tells the tale of how the Endurance crew came together for their fateful mission. Originally intended to be the latest feature in Dr. James Whitman’s successful archaeology show, Whitman’s World, the eclectic crew faces trials and tribulations even before setting sail.

“Whilst penning Lara’s origins story for the game I had lots of ideas about the world she and the other characters inhabited, and the story behind their voyage: it was great to be able to flesh out the world of Tomb Raider and work with the talented team at Dark Horse to bring Lara Croft back to comics,” said Rhianna Pratchett.”

Take in the beautiful cover above, designed by Bryan Horton, and a sneak peek inside "The Beginning" below. 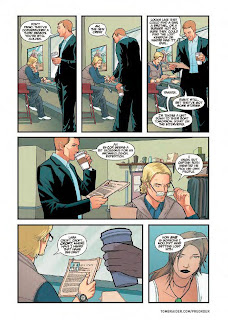 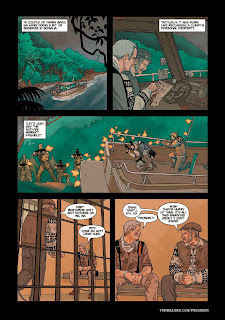 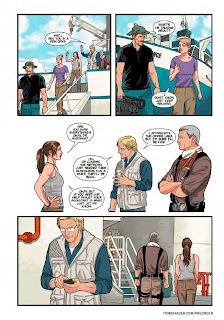 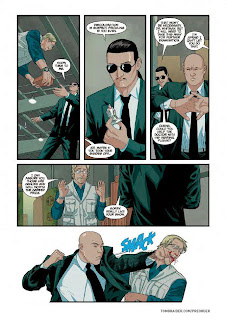 Source: Official Tomb Raider Blog
Posted by MaxRaider at 7:20 AM