Last week was Endurance Week on the official Tomb Raider blog. Each day a new crew member was showcased, detailing their bio and past connection with the other characters. Meet the crew below. 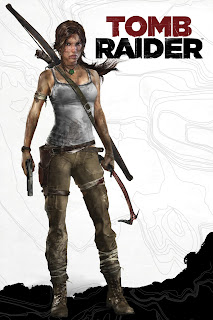 A bit of a workaholic, Lara is an unassuming and rather bookish young woman, making her way through life in search of meaning and direction after the disappearance of her parents while on an expedition. She is a product of a privileged childhood, and was initially sheltered from many of the harsh realities of life. Growing up, Lara spent time travelling with her parents on archaeological expeditions. She developed a worldly outlook and a passion for ancient mysteries.

The search for Yamatai marks her first job after graduating from university. Although it is her first time as a full crewmember, it is not her first time on the Endurance. She spent time in her early adolescence on the ship when her father used to hire Roth for expeditions, and took several smaller trips more recently as an intern when she could get time away from her studies. Her best friend Samantha and the crew of the Endurance are the closest thing to family that Lara has.

She possesses a powerful sense of moral (if not physical) courage. Lara is clever, resourceful and determined. When push comes to shove, Lara’s loyalty to her friends outweighs her fear for her own safety. 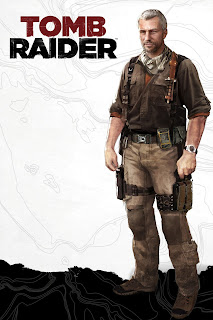 After serving two combat tours with the RMC (Royal Marine Commandos) Roth left the military and put his specialized skills to use as wreck-diver and freelance treasure-hunter. Roth traveled the world, earning a reputation for toughness, competence, and a willingness to bend inconvenient laws restricting traffic in historical artifacts. Those qualities attracted the attention of wealthy private collectors including Lara’s parents. For several years, Roth accompanied Richard Croft on over a dozen treasure-hunting expeditions, acting as a guide and, when necessary, bodyguard.

Roth has modeled his style of leadership on that of his hero, the explorer Ernest Shackleton. The welfare and safety of his crew is paramount to Roth and he prides himself on instinctively knowing who is going to make a good crewmember. He is also a hands-on leader who knows how to boost the morale of his shipmates, have fun and remain both optimistic and realistic. 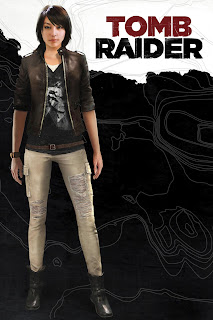 Samantha’s mother is a Portuguese model who was working in LA when she met Sam’s father, a media mogul from Japan. Growing up she moved a lot, not just down the street, but between continents. As a result Samantha was often the outsider in school, and gained attention by being a bit of a wild child.

Samantha is a budding documentary filmmaker and like Lara has a passion for uncovering the untold stories of the world. Despite her rebellious streak, Samantha has extremely expensive taste in clothes. Sam really can’t understand why Lara refuses to touch her fortune, and sometimes ribs her about it, but she doesn’t let it get in the way of their friendship.

Samantha and Lara share a feeling of being out of place in the world and feed on each other’s thirst for adventure. 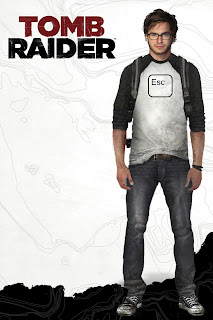 Alex
• Real Name: Alex Weiss
• Age: 24
• Nationality: American
• Occupation: Ship’s technician. Also a very skilled hacker and electronics geek.
Has made a living largely through legally dodgy and flawed avenues, but only doing things he considers ‘victimless crimes’ although his definition of this is pretty wide.
Interests: Hacking, specifically defacing websites for kudos or hacking online gambling sites for fun and profit. Reading up about all the new tech stuff, Bit-torrenting everything and gaming. He is also an avid conspiracy theorist.

Alex is the Endurance’s technician, handyman, and all-around “radio-shack genius.” Despite his impressive technical and scientific background, Alex is the most “out-there” member of the crew. Alex’s MacGyver-like talent for jury-rigging technical devices and being somewhat of a ‘machine whisperer’ is very useful to the survivors. He’s a bit of genius and could probably be enormously successful in the technology field if he actually applied himself properly.

Alex knows this about himself and thus tends to do the very bear minimum amount of work needed to do the job and always “just squeaks by” as a result. Alex is a bit of a joker, and although he’s quite witty, he can be pretty crass. He also has a charming side and is more sensitive than he likes to let on. Alex has a fascination with conspiracy theories, alien abduction stories, and urban legends of all sorts. 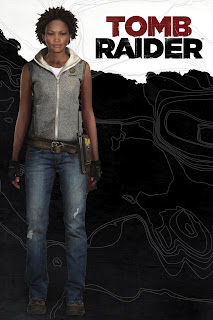 Joslin ‘Jos’ Reyes grew up in one of the roughest neighborhoods of Queens, New York. She’s straight talking and no nonsense, but has warm side she doesn’t share easily. She is also fiercely loyal and someone you really wouldn’t want to get on the wrong side of. After being accused for the murder of a local gang leader, Reyes was suspended from the NYPD. Due to a natural affinity with engines, she re-trained and found work as a mechanic.

Reyes and Roth have known each other for 10 years, and on occasion she works on his ship as chief mechanic. Reyes has a 6-year-old daughter, Alisha. Alisha often lives with Reyes’ sister when she’s off working with ‘Uncle Roth’. Reyes hates being away from her, but Roth pays better than any garage she’s ever worked for. Getting back home to her daughter is always Reyes’ main motivation. One day she’d like to make enough money to open her own garage and spend more time with her daughter. Because of Alisha, Reyes won’t sacrifice herself for anyone, but will still put herself in danger for people when her cop training kicks in. 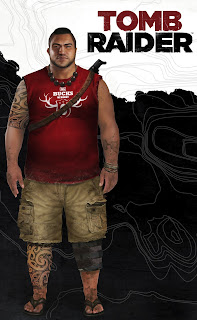 Jonah was born in New Zealand, but raised in Hawaii by his maternal grandmother. As a young man, he traveled back to his home country to serve in the army. His strength and almost preternatural ability to detect danger made him a popular member of his unit. And his ability to prepare and cook almost anything didn’t hurt either.

After sustaining injuries in the line of duty, Jonah was honorably discharged and went to work as a chef in his sister’s café in Ngapuhi. While in New Zealand, Roth encountered Jonah dockside carrying four crates of seafood at once. Impressed by his strength (and later his cooking), Roth offered him a place on the Endurance. 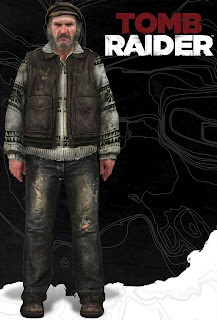 Grim grew up in ‘The Gorbals’ of Glasgow, Scotland, one of the toughest places in the UK. As a child he always felt a kinship with water and often built makeshift boats out of junk and taught himself to sail on the nearby river Clyde. There’s nothing about sailing and water that Grim doesn’t know, and he has sailed all the oceans of the world, which included stints working for the Merchant Navy where he met Roth.

Roth and Grim found a kinship and stuck together after their service. They traveled the world and took any job that paid well, all of them dangerous and most of them legal. Grim and Roth saved each other’s skin on numerous occasions. When Roth purchased the Endurance, Roth wouldn’t trust anyone else but Grim at her helm. 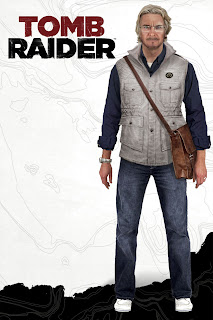 Dr. Whitman studied at Harvard and is both an expert in Archaeology and Anthropology. He also took his PHD at Cambridge University in the UK and taught at many schools around the world. However, over the last few years Whitman has moved into TV series and documentary making and became quite a popular presenter with a successful range of tie-in books. This has made him both a golden-boy and a black-sheep to the archaeological community. The former for increasing exposure and interest in archaeology and the latter for ‘selling his soul to TV’. Dr. Whitman has had a bit of a run of bad fortune and only recently emerged from a messy divorce.

His TV series is also in danger of not being renewed unless he finds some new and exciting angle; a problem that he’s not keen to share with the rest of the crew. He privately hopes that the trip will give him material for a new TV series and, along with Sam’s footage, the commissioning editors will come crawling to him.