Shadow of the Tomb Raider: The Grand Caiman DLC 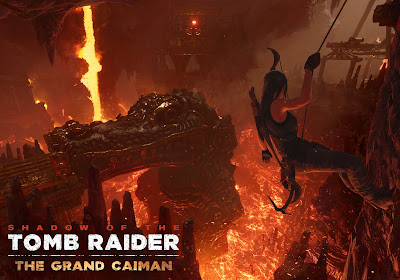 Go toe-to-toe with an angry god! Protect villagers from the aggression of Trinity, Lara Croft must hunt mercenaries, face the towering wrath of a volcanic new challenge tomb, and survive the lethal surprise concealed within. Equip the Force of Chaos Gear pack and charge into the fray with the Reptile Hide outfit and Whispering Scourge shotgun. 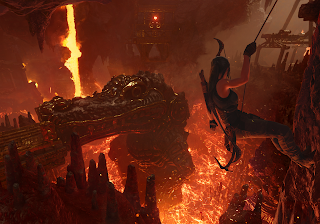 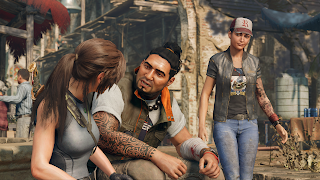 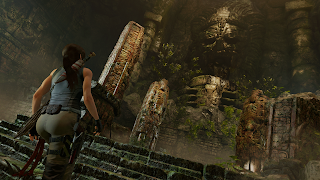 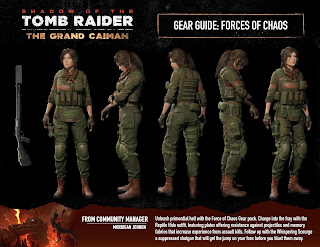 Posted by MaxRaider at 6:55 PM

Email ThisBlogThis!Share to TwitterShare to FacebookShare to Pinterest
Labels: dlc, Shadow of the Tomb Raider, the grand caiman

The Making of a Tomb Raider Released Online

"Square Enix is proud to present the feature length film, “The Making of a Tomb Raider.” Previously debuted as a unique in-cinema event, the Lara Croft inspired movie follows renowned BASE jumper Clair Marie as she recreates iconic action sequences from Tomb Raider.

At last! I am so glad that this little treat has finally been released to the public! I wanted to go to the nearest theater in Utah to see this so bad, but I could not make it. Best enjoyed on larger screens with a side of popcorn!

Posted by MaxRaider at 9:14 PM