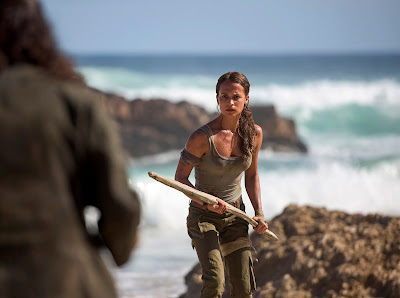 Here they are! The first official images of Alicia Vikander as Lara Croft! I think she looks amazing and pulls off the whole "A Survivor is Born" vibe very well! I can't wait to see her in action.
Check out another exclusive interview via the link below. 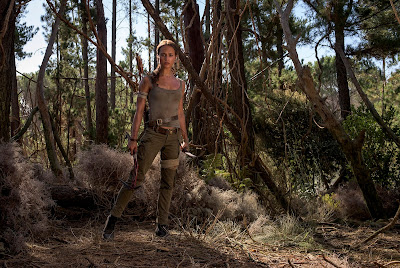 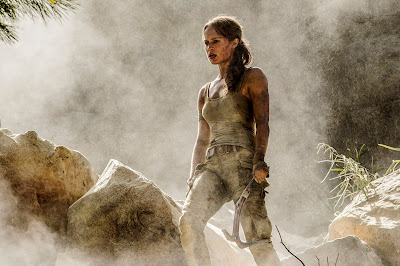 Posted by MaxRaider at 7:57 PM 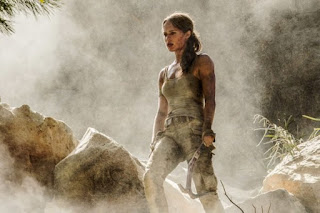 The first official press images from the upcoming Tomb Raider film released today along with a few enticing interviews, the official synopsis, and some FAQ's. I am beyond excited! Alicia Vikander looks absolutely stunning as the new Lara Croft and I cannot wait to see what she brings to the big screen. Dive into the spoils below and stay tuned tomorrow for high res versions of the images.

Lara Croft is the fiercely independent daughter of an eccentric adventurer who vanished when she was scarcely a teen.  Now a young woman of 21 without any real focus or purpose, Lara navigates the chaotic streets of trendy East London as a bike courier, barely making the rent, and takes college courses, rarely making it to class.  Determined to forge her own path, she refuses to take the reins of her father’s global empire just as staunchly as she rejects the idea that he’s truly gone.  Advised to face the facts and move forward after seven years without him, even Lara can’t understand what drives her to finally solve the puzzle of his mysterious death.
Going explicitly against his final wishes, she leaves everything she knows behind in search of her dad’s last-known destination: a fabled tomb on a mythical island that might be somewhere off the coast of Japan.  But her mission will not be an easy one; just reaching the island will be extremely treacherous.  Suddenly, the stakes couldn’t be higher for Lara, who—against the odds and armed with only her sharp mind, blind faith and inherently stubborn spirit—must learn to push herself beyond her limits as she journeys into the unknown.  If she survives this perilous adventure, it could be the making of her, earning her the name tomb raider.

Q: Will the Tomb Raider movie take place in the Reboot universe?
A: Tomb Raider will take place in the reboot universe established by Crystal Dynamics’ award-winning game of the same name. MGM and Warner Bros. – under the talented direction of Roar Uthaug and scriptwriter Geneva Robertson-Dworet – have creative freedom to best translate Lara’s journey to the big screen. We are very excited to see Alicia Vikander, Walton Goggins, Dominic West, Daniel Wu, and the rest of the all-star cast bring the spirit of Lara’s formative adventure to life in Tomb Raider.
Q: When will Tomb Raider release?
A: Tomb Raider will release to cinemas worldwide on March 16, 2018

Q: How far along is production of Tomb Raider?


A: Tomb Raider is currently filming in Capetown, South Africa


I finally got my hands on the Rock Candy Lara Croft figure by Funko! Check out the unboxing video above and go get yourself one!

Lara Croft GO: The Mirror of Spirits Out on Steam Now

Lara Croft GO: The Mirror of Spirits expansion is available now on Steam as a free update! Join Lara in levels inspired by her manor and her infamous doppelganger! You can purchase the full game at 50% off on Steam HERE. It is a fantastic game and I highly recommend it.

The update will be coming to Android and iOS next month as well, so stay tuned for that.

Also, Part 2 of The Go Trilogy Stories discusses Lara Croft Go's nostalgic atmosphere. Watch Meagan Marie and others reflect on their experiences below.

Posted by MaxRaider at 2:13 PM