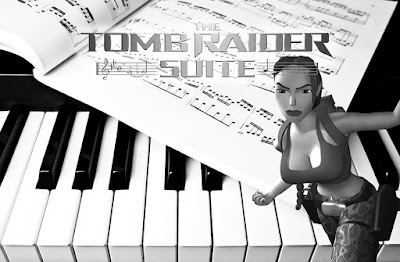 The Tomb Raider Suite Kickstarter Campaign just launched! What are you waiting for?! Let's get this adventurous music recorded! Head on over to the Official Kickstarter Page and pledge your support and help make this beautiful dream become reality for Nathan McCree and all of us Tomb Raider fans!

Posted by MaxRaider at 7:29 PM

We have the official launch date for The Tomb Raider Suite Kickstarter Campaign! This Friday, May 26th, 2017 we will be able to donate and support this amazing project! Visit and bookmark www.tombraidersuite.com to learn more and get in on the action come launch day. If you missed the previous post detailing what is to come, click HERE. 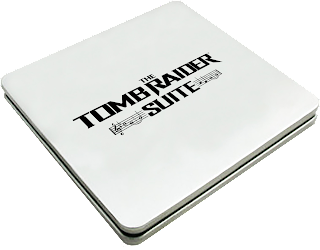 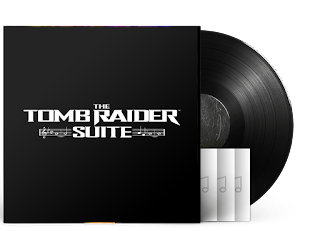 Posted by MaxRaider at 8:53 PM

As many of you know by now, Nathan McCree, the original composer for the first three Tomb Raider games, has announced a Kickstarter campaign that will launch the middle of May for the "Tomb Raider Suite" album. We are all still awaiting the launch of the campaign, but until then, we have a few tid-bits to keep us entertained. The above video is the teaser trailer (if you will) and below is the interview Q&A with Nathan discussing the project.

The project was teased last year as part of the 20 year anniversary of Tomb Raider celebration, and now we have the opportunity to make this project come into full fruition. Nathan has already composed and re-imagined the classic tracks that were brought forth in an exclusive live concert at the Apollo in London, December of last year. When I say re-imagined, I mean a lot of the tracks have been extended and re-worked. Listen to a sample via his SoundCloud HERE. Kickstarter will allow him to record the nostalgic tracks with a full orchestra and choir in the one and only Abbey Road Studios.

There will be so many rewards for us fans to support this project. There will be multiple versions of the album, such as a deluxe version, vinyls, autographed versions, exclusive dinner events with Nathan himself and Meagan Marie and Shelly Blonde (the original voice actress from Tomb Raider), merchandise, and more! I know so many fans hold the classic games so dear to their hearts and this is the way to show it. This will be the first time this music has been released officially and I know that we can make it happen.

There will be so much more as well, with a live world tour, a documentary, and the original soundtracks also being released hopefully sometime next year!

I can't stress enough how we, as true fans, have to support this project. As soon as I have more details I will share them here so you can get in on this amazing Kickstarter campaign.


Here is "In The Blood", an original piece composed by Nathan for the live concert.