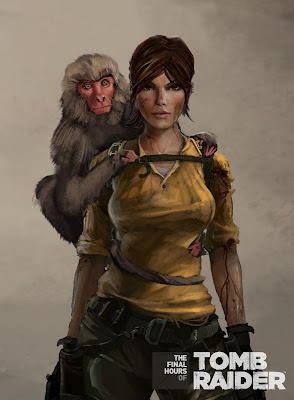 Check out the rare concept pieces above found in The Final Hours of Tomb Raider App! It is chock full of details on the creation of Tomb Raider, including a slew of deleted material.

“The Final Hours of Tomb Raider is a story about the reinvention of both a brand and a studio,” said Geoff Keighley. “This franchise reboot was itself rebooted multiple times, and now, for the first time, the team at Crystal Dynamics shares with fans the early prototypes and concepts that didn’t make it into the finished game.”