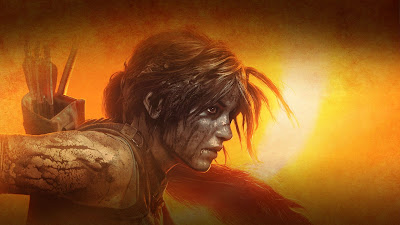 Rumors and talk of a 'Definitive Edition' of Shadow of the Tomb Raider have been floating around ever since the release of the last DLC back in April. Speculation started when another "Coming Soon" spot appeared after that 7th and (supposedly) final DLC. Many fans, including myself, believe another surprise DLC is in the works possibly featuring a full-fledged Croft Manor.

More recently, a file referencing Shadow of the Tomb Raider: Definitive Edition has appeared on a Korean game rating website suggesting the release on Xbox One and PC. I'm sure it will be available on PS4 as well. Nothing has been officially confirmed by Crystal Dynamics or Eidos Montreal as of yet. An announcement may surface during Gamescom later in August.

Posted by MaxRaider at 1:06 PM