Lara Croft GO is a turn-based mobile puzzle game coming to phones and tablets later this year. It features challenging gameplay, beautiful visuals, and an original soundtrack. Read the official press release:
SQUARE ENIX MONTRÉAL UNVEILS LARA CROFT GO
Next Game in the Award Winning and Critically Acclaimed GO Series Releases 2015
MONTRÉAL (JUNE 16, 2015) – Building on the success of the award-winning and critically acclaimed Hitman GO®, Square Enix Montréal today unveils an all-new, ground-breaking experience coming this year to phones and tablets: Lara Croft GO™.
"GO is a celebration of our iconic franchises,” said Patrick Naud, Head of Studio at Square Enix Montréal. “With Hitman GO, we’ve distilled a brand we love to its core… the Essence of Assassination.”
“Now, we are bringing this concept to a whole new level. Working in close partnership with Crystal Dynamics, we are excited to tap into the nostalgic love we have for the ultimate female adventurer, Lara Croft, and bring you… the Essence of Adventure!”
Lara Croft GO expands the turn-based puzzle gameplay and takes you on an adventure set in a long-forgotten world. Explore the ruins of an ancient civilization, discover hidden secrets and face deadly challenges as you uncover the myth of the Queen of Venom.
A never-before-seen take on the iconic franchise featuring challenging gameplay, gorgeous visuals and a mesmerizing soundtrack, all at your fingertips.
﻿ 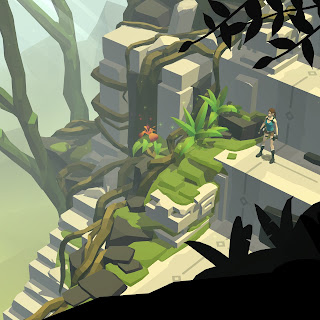 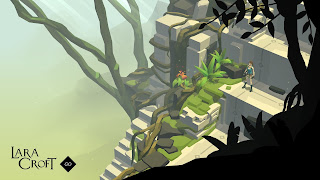 Posted by MaxRaider at 8:02 PM