Lara Croft and the Blade of Gwynnever Novel Coming This September 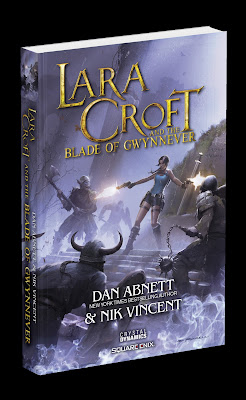 Do you remember this novel? It was originally announced in October of last year with a questionable release date... but now we have confirmation that Lara Croft and the Blade of Gwynnever will finally hit shelves September 13th, 2016! Read on and pre-order below!

"A missing link must be recovered!

Storyline written in conjunction with the game developers at Crystal Dynamics, and penned by Dan Abnett, a bestselling British novelist and comic book writer."