The Tomb Raider 20-Year Celebration kicked off at PAX East with the "Lara Croft: The Undisputed Queen of Gaming" panel featuring many well-known contributors of the franchise. Our very own Meagan Marie of Crystal Dynamics and composer Nathan McCree were among the panelists. Watch the footage via the link below and read on for some big announcements! 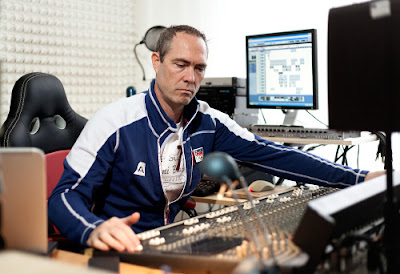 Nathan McCree, the original trilogy composer, is working on the new album featuring extensions, variations, and all classic tracks from the first three Tomb Raider games. The album will be recorded at Abbey Road Studios by a live orchestra, releasing this fall on CD and digital formats.

“This is a wonderful opportunity for the fans, as well as me, to hear the music as I had always intended it,” said McCree.

A live performance of the album is scheduled in London to celebrate 20 years since the original Tomb Raider game's release. More information to come sometime soon.

The whole endeavor will be recorded as a behind the scenes documentary titled "Tomb Raider: Remastered" directed by Matthew Longfellow. Other documentaries included in his repertoire include Queen and Pink Floyd.


A short film produced by Silver Films for the "Tomb Raider III" launch party has been released online for the first times since the event. Janey de Nordwall, the producer of the project, recently found the original tape resulting in this little treat for us all to share.