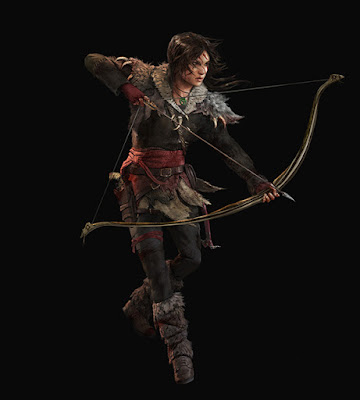 The pre-order packs have been announced for Rise of the Tomb Raider during the recent Gamescom event held in Cologne, Germany. The packs contain unique outfits, weapons, and a new element: special cards that alter stats in the game. More on the card packs to be revealed at a later time. Check out what is offered at specific North American retailers and a special UK pack below. A larger list of offerings will be available in the future. 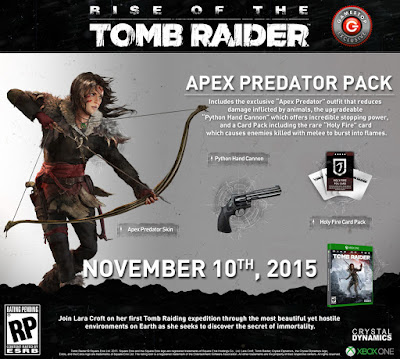 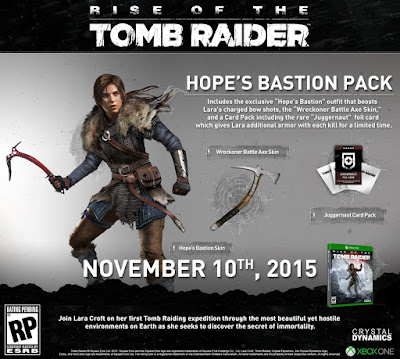 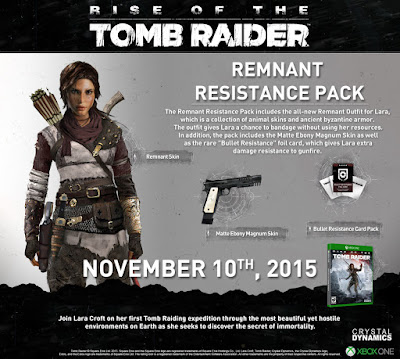 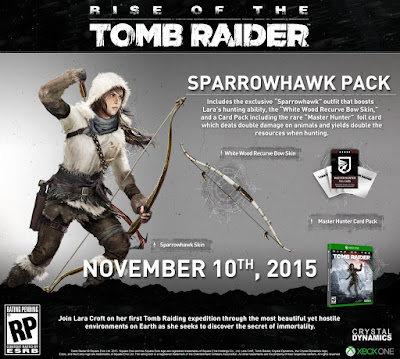 The Sparrowhawk Pack (Best Buy)
Includes:
•The all-new Sparrowhawk outfit for Lara, crafted from the furs and hides of animals she has hunted. The Sparrowhawk outfit also boosts Lara’s hunting ability
•The White Wood Recurve Bow Skin
•A Card Pack including the rare Master Hunter foil card, which deals double damage on animals and yields double the resources when hunting

Remnant Resistance Pack (Participating Retailers)
Includes:
•The all-new Remnant outfit for Lara, which is a collection of animal skins and ancient byzantine armor. The outfit gives Lara a chance to bandage without using her resources.
•The Matte Ebony Magnum Skin
•The Bullet Resistance foil card, which gives Lara extra damage resistance to gunfire 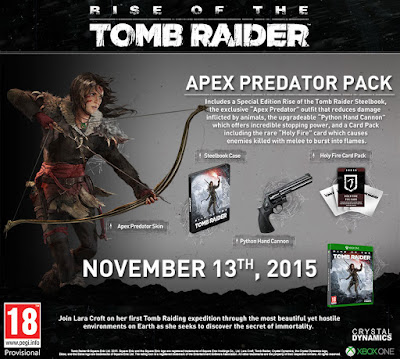 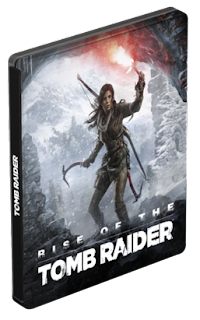 Game UK offers a special steelbook along with the Apex Predator Pack.